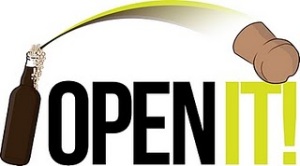 “Beer is proof that God loves us and wants us to be happy.” – Benjamin Franklin

Are you ready for another Open It! weekend on 24-26/02/2012? Time to either raid the deep dark corners of the beer cupboard or grab those beauties that take pride of place. Their time has come.

In case you’re new to Open It!, it’s a weekend of drinking prized beers, sharing them with friends and hopefully spreading some beer love, dreamt up by those beery rascals, Andy Mogg & Mark Dredge. 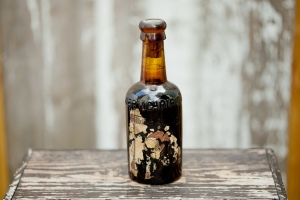 What started out as a plan to get together and open some big bad beers with some of the beery faces of Leeds soon became a full blown event. A big thanks to Dean from Mr Foley’s Cask and Ale House, Matt from North Bar , and Marc from Create for offering their venues and working with me to pull this all together. Good work lads!

So, what’s the plan Stan? An evening event where people get together, open some rarities and pair them with good food at a venue that understands how great beer and food can be together. After the meal, more quality beer at the two finest drinking establishments in Leeds. First on to Mr Foley’s and then on to North Bar.

People will be able to bring their own beers along and a menu has been created to offer the best potential food pairings from the styles of beers likely to feature e.g. barley wines, old lambics/Brett, Imperial IPAs, Imperial Stouts, old ales and quads, and barrel aged oddities from the four corners of the globe.

The gluttons attending will be:

£25 for a six course tasting menu with a separate area reserved for us from 18:30. There will be a £3.50 corkage per bottle. So far the majority of bottles people are bringing are 66cls and 75cls, and as people are sharing, it will be no more than around £7 corkage per person. 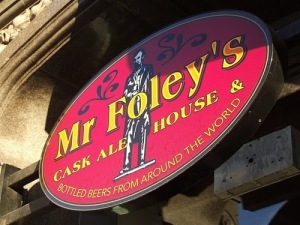 Those that cannot make the meal should join us at Mr Foley’s for more Open It shenanigans and beery adventures. Rather than a corkage fee, we’re going Old Skool and you need to just share a little bit of your beer with Dean. Dean’s also lined up Saison Dupont, Faithless Xi (Black Ageless) and Ska Modus Hoperandi for our delectation. 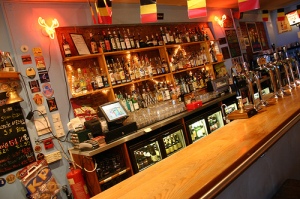 Then it’s off to North Bar where Matt has promised some aged treasures for those still standing. There may also be some of these stunners on the line up: 12 month old Great Divide Belgian Yeti, StoneRuination, Magic Rock 8 ball, and maybe some Sierra Nevada Red Rye.

Those that wish to bring some rarities along are welcome to do so.

Like Loading...
This entry was posted in Beer, Drink, Food, Uncategorized and tagged #OpenIt, Beer, Food, Leeds. Bookmark the permalink.